A warm welcome to the XKEC 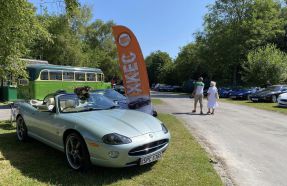 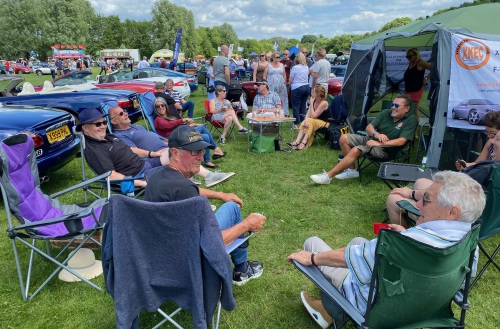 Formed back in 2003 the XKEC is now celebrating its 19th anniversary, bringing together an international community of XK owners and enthusiasts from across 21 countries, making it the largest single model club of its kind that is dedicated solely to the X100 (1996-2006) and X150 (2006-2014) models of the Jaguar marque.

The Club continues to grow from strength to strength and is run by a loyal and dedicated team. It has Regional Officers, Model Register Coordinators and many other individuals who are all here to assist you as a member of our club. In addition to this website, members also have access to our Members only forum and many other club benefits and offers.

"More than just a club"

Our club office sits within the beautiful landscaped grounds of a former Rectory in Northfleet, Kent, UK. Come along and say hello or enjoy a coffee/tea with us, you will always be given a very warm welcome. You will be able to see our vast collection of Jaguar XK brochures through all the models from 1996-2014, our huge XK model car collection (in all scales), original XK advertisements and posters, Jaguar XK launch Press Releases, XK postcards and greeting cards, XK books, workshop manuals and magazines, paintings and artwork and of course our very own club merchandise. To any modern day XK owner or enthusiast this is simply XK heaven. Find us HERE or click HERE to see video of our Office. 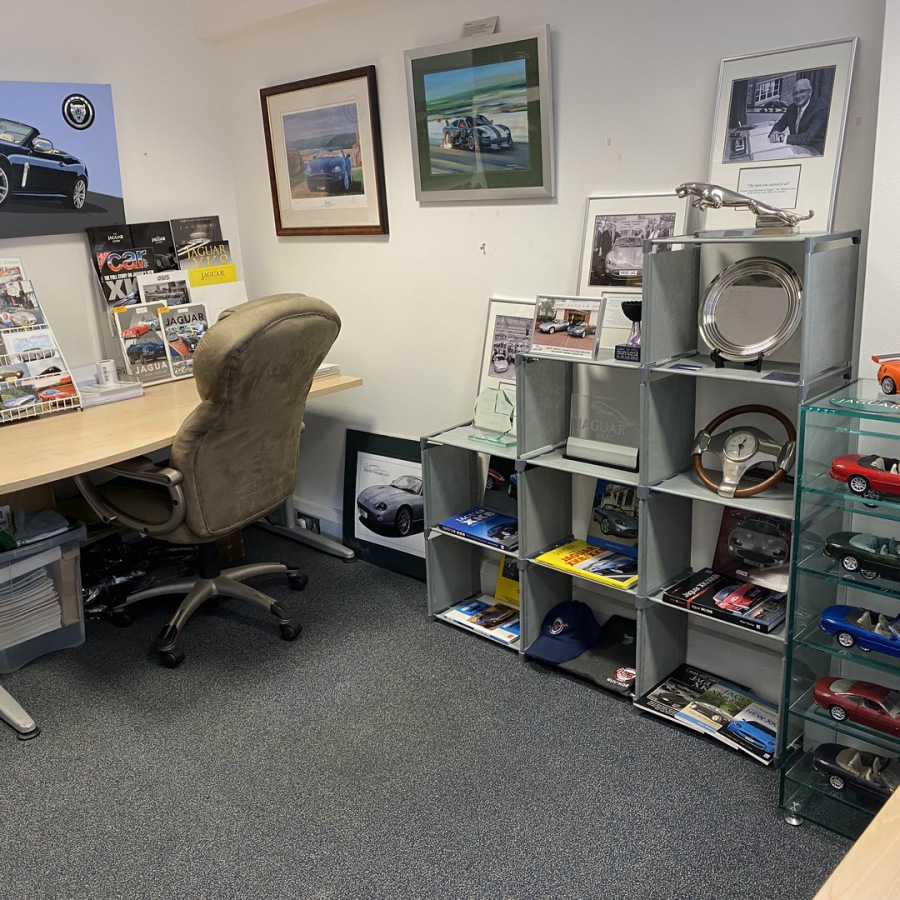 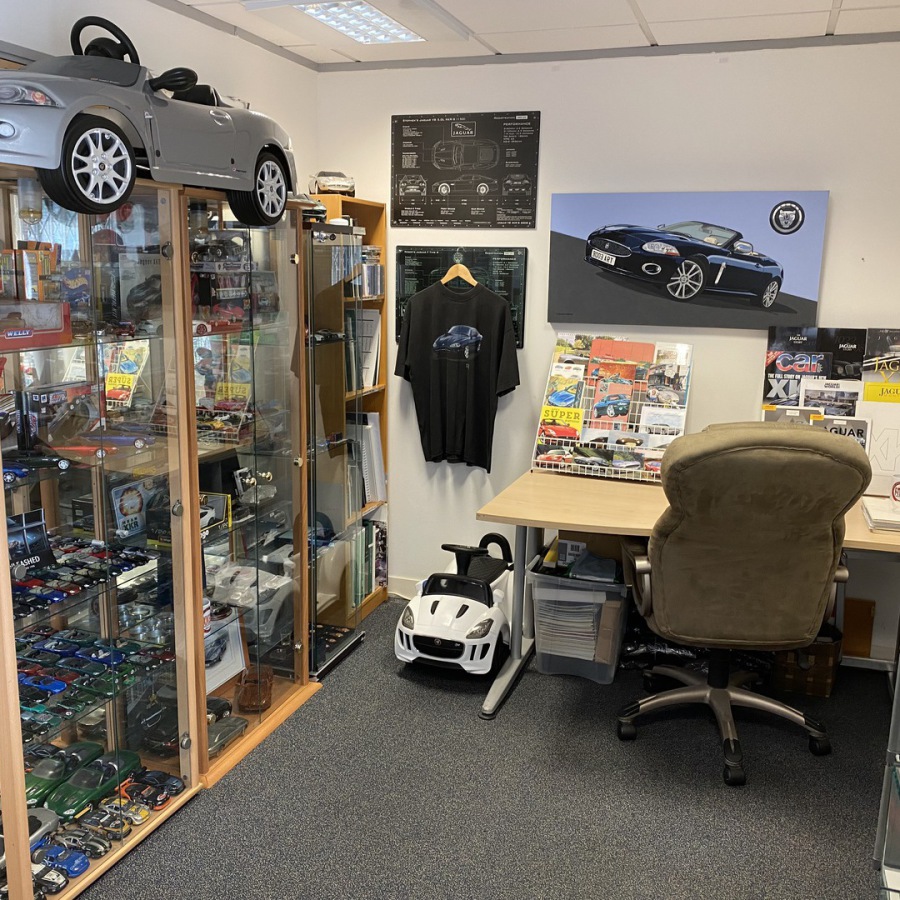 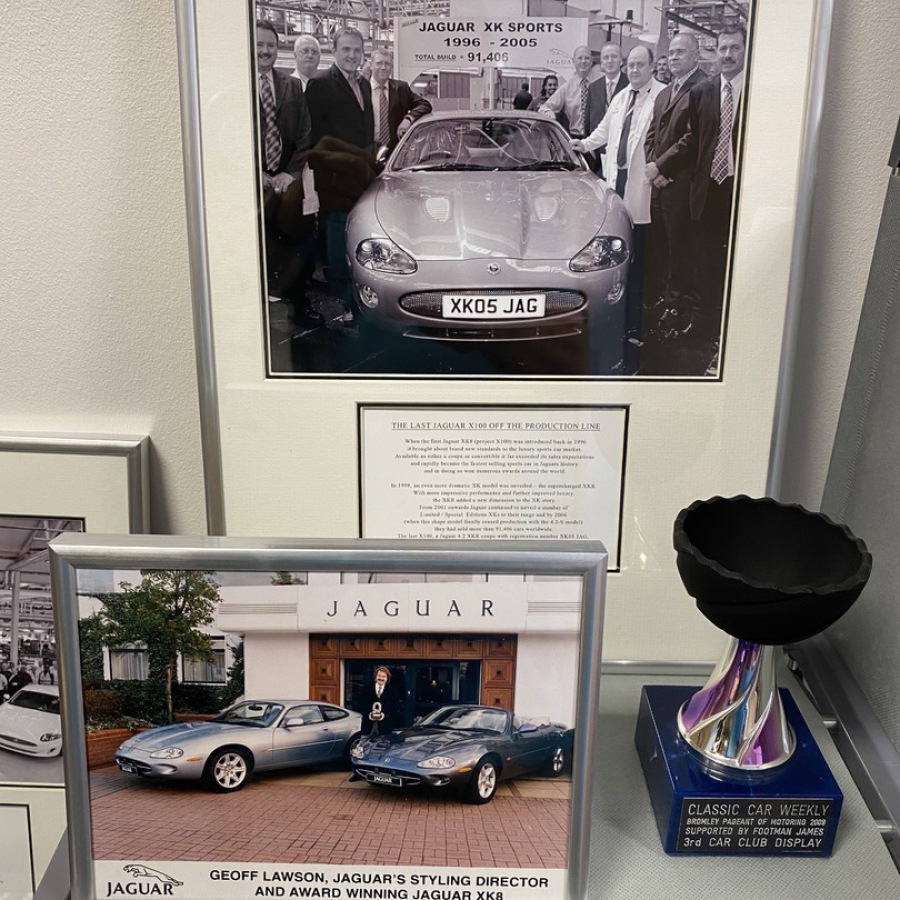 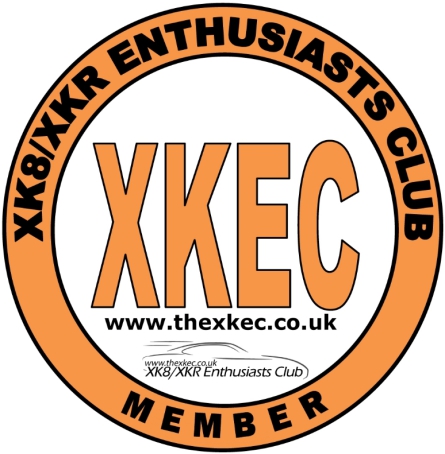 As a member of the XKEC, you will receive a copy of our quarterly full-colour digital "GROWLER" magazine.

Our latest SUMMER (June) 2022 edition has now been emailed out to all our members.

Its front cover this issue shows one our recent club display line-ups at a recent Jaguar event.

Within the 69 pages many feature articles will be found including the usual features from Regional News, Model Registers, Classifieds, Club Discounts, Event Reports, Forum News and much much more. 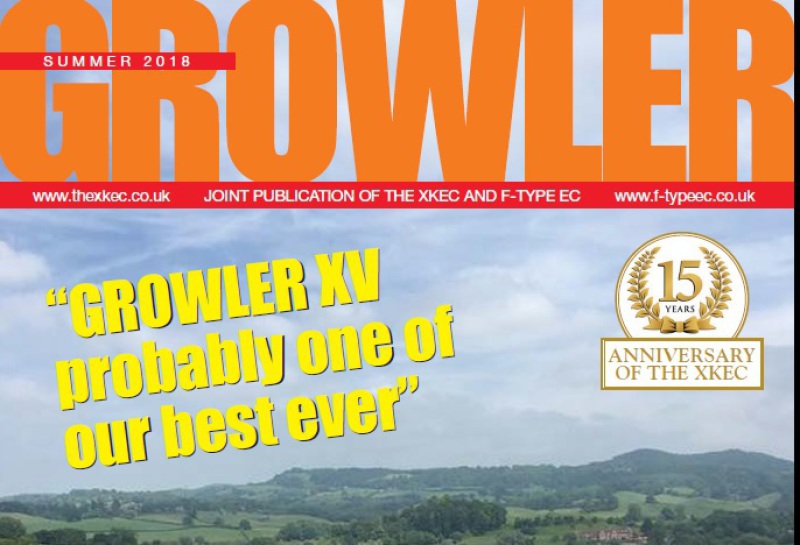 Want to see an example of our digital magazine?

To give non members a brief idea of what they are missing out on with our clubs digital magazine we hereby provide you with free access to the sample below. We hope this will show the professional content provided each quarter and one which will help you consider joining in our ever evolving adventure. 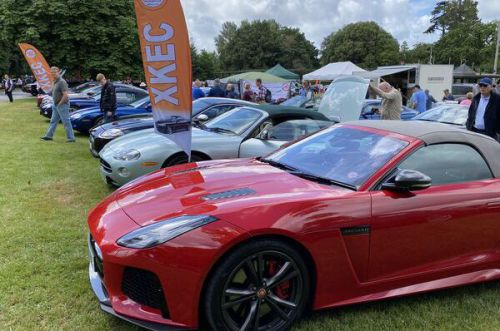 We are pleased to see our 2022 event season has already had record attendance numbers.

Our latest 2022 club UK tours was our "Portmeirion Tour" in April followed by our "Yorkshire Tour" in May.

On the Portmeirion Tour members enjoyed long convoy drives out across some stunning North Wales Scenery (image above).

On the Yorkshire Tour members (image below) had a great time with visits to York city, Castle Howard and drives through Scarborough, Thornton Le Dale, Goathland and Whitby. 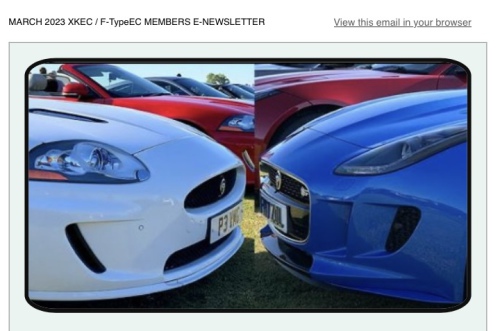 I am pleased to say that the latest SUMMER (June) 2022 edition of our clubs e-newsletter has been emailed out to all members.

This will bring you all up-to-date with the latest club information, especially those who may not use the forum or website for any reason.

If you didn't receive it by email for any reason at all simply let the Chairman know and he will gladly resend it to you. WE HAVE ATTENDED A NUMBER OF EVENTS WHICH YOU CAN VIEW HERE . 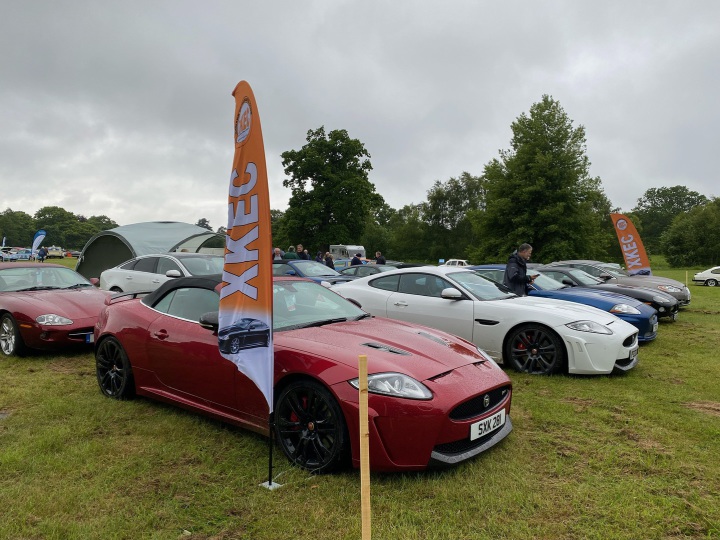 Click image above to see our club display video at the Sandringham Pageant of Motoring on 5th June 2022. 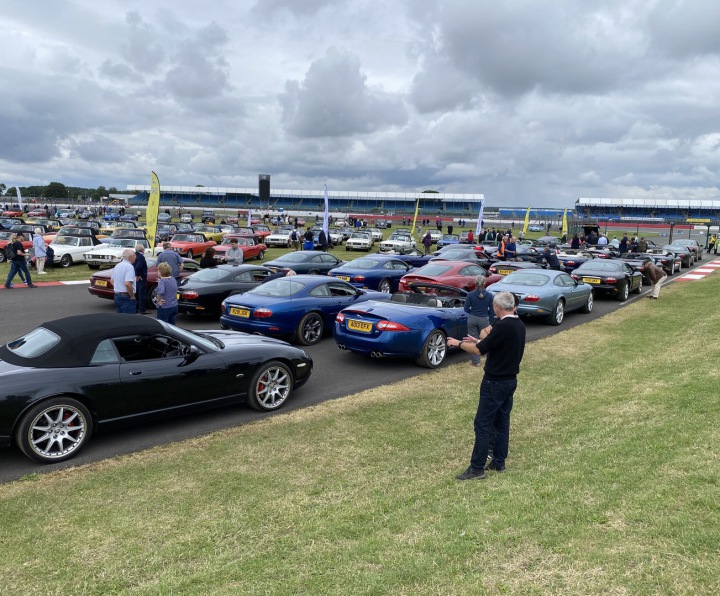 Click image above to see our club's tribute XK8 25th Anniversary Track Parade on 31st July at the 2021 Silverstone Classic.

We have a number of members club tours planned for 2022.

Members can now register / book their places via the link on our members club forum or via the website members only area. 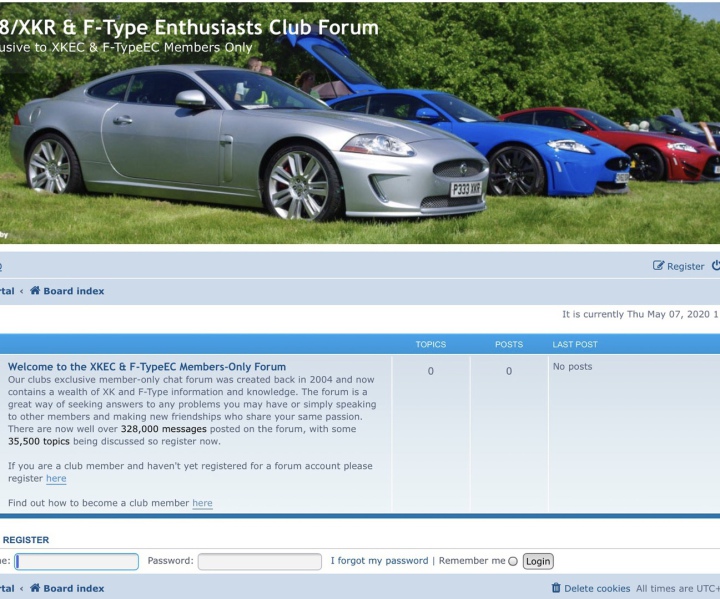 Our exclusive member-only forum was created back in 2004 and now contains a wealth of XK information, knowledge and expertise. The forum is a great way of seeking answers to any problems you may have or simply speaking to other members and making new friendships who share your same passion.

There are now well over 343,000 messages posted on the forum, with some 37,100 topics being discussed so why not register now. 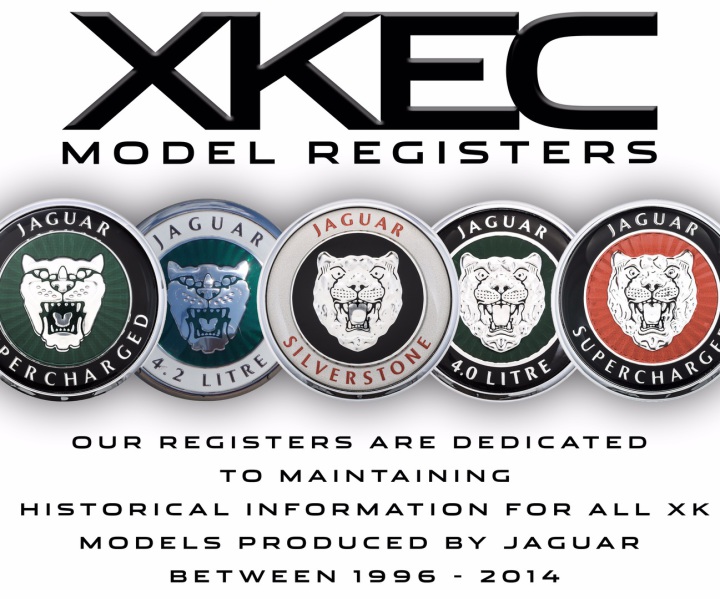 You will find here the complete history of all the XKs produced over the years. This includes all the standard models as well as all the Limited/Special Editions that were produced. If you want to find out more information about a particular model then this is the first place to look. 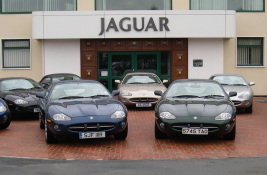 HOW IT ALL BEGAN

The image above shows one of our very first events back in 2003 at the old Jaguar Brown's Lane factory in Coventry. We then placed an article in Jaguar World magazine seeking out XK owners or enthusiasts who simply wanted to get together. We wasn't then expecting what followed!

Now, nineteen years later we are still going strong thanks to the ongoing support of so many. Are you looking to purchase an XK then please take a look at our regularly updated CLASSIFIED pages. Here you will find a number of XKs and related items currently up for sale.

Want advice on buying an XK? Then send us your email address and we will forward to you our useful purchasing advice documents. 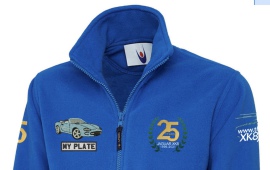 Here you will find a wide range of items including our clubs very own clothing range and other items such as Keyrings, Paperweights and some back issues of our club magazine.

So why not treat yourself or maybe purchase an ideal gift for a friend or family member.

WHAT PUBLICATIONS HAVE BEEN WRITTEN ABOUT THE XK ?

Click on button below to see what books and magazines have been written over the years specifically about the Jaguar XK/XK8/XKR models. All provide great research material into the modern day XK.

Most, if not all, are now becoming more and more difficult to get hold of so those shown on our book page are there to simply give you some idea of what books have been written and what can possibly be purchased around the world.

To assist in any research we have included all the Titles, Publishers and ISBN numbers and all these books and magazines can be viewed at the club office. 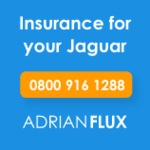