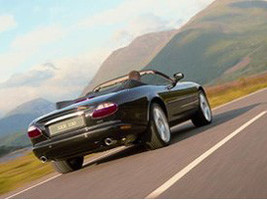 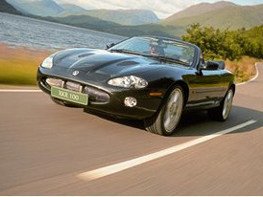 “The commemorative XKR 100 embody traditions that Sir William Lyons himself established for the company right from its earliest days – a combination of performance, luxury and style that is unique to Jaguar. The XKR100 bring these traditions fully up-to-date, and with he inclusion of exciting new sports features from our evolving R Performance range, represent the ultimate road going Jaguars for the driving enthusiast.”  - Jonathan Browning, Managing Director, Jaguar Cars Ltd.

What then makes it stand out from a normal XKR? Well in general the car shares a lot of the characteristics of the original XKR. However there are a few modifications, most noticeably up front the standard grille has been replaced with a mesh one and a 100 badge sits pride of place on the bonnet. You then get a supercharged 4.0 litre V8 engine which delivers 370bhp and a top speed of 155mph (limited) through a five speed automatic transmission. This, supported by “Anthracite” paintwork, an array of luxuries such as leather Recaro front seats, grey-stained maple veneer, aluminium trim (including the pedals), DVD satellite navigation, an R-Performance steering wheel, up-rated sound system, rain sensor wipers blah, blah, blah certainly shows its impressiveness. To finish off, CATS (Computer Active Technology Suspension) was also fitted as standard to all the models and the car was fitted with enormous 20” R-Performance nine-spoke “Montreal” BBS alloys, Brembo brakes and red Jaguar “Growler” wheel-centres to add to its very unique sporting presence.

With a impressive 0-60 acceleration of around 5.2 seconds and an on the road price of £69,950 for the coupe and £74,950 for the convertible it certainly took on its competitive rivals. Within a short period of time all 500 models were sold out